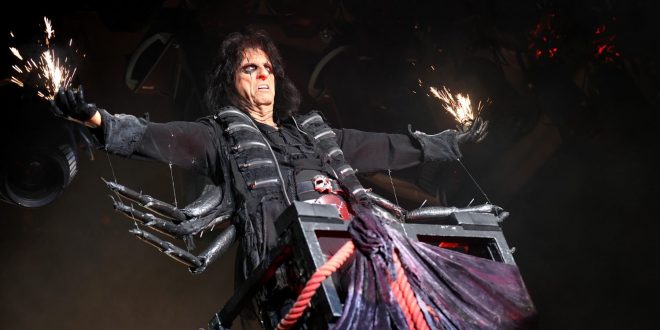 Alice Cooper: One Person Can Call Me My Real Name

Alice Cooper says there’s one person in rock who calls him his real name.

Cooper says that Richards will say, “Vinnie, Vinnie, how long has it been since you had a drink?” And I’ll reply, “More than 30 years.”  And he goes, “Ah, begs the question, why???”

The answer to that question is Cooper has been sober for about 38-years now.
You can read the full interview here.
Share