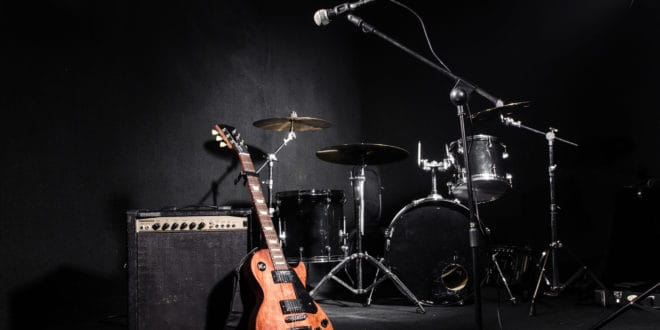 Dubbed one of Salt Lake City’s newest & exciting acts, Spirit Machines is the combined talents of MIT chemists, a radio host, & an entrepreneur.

The band Spirit Machine has mashed up Led Zeppelin & Tool songs. But before going into full promo mode for their debut independent release album ‘Feel Again’ the band decided to release a song that was the mashup of two already amazing songs; Led Zeppelin‘s “Kashmir” & Tool’s “Sober” then dubbing their new creation “Zober” released it.

The song takes the verses of Kashmir and then delicately weaves them into the chorus of Sober. Surprisingly the result is a flow that winds in & out of each of the original songs that still best represents the originals while giving both of them new life in this dark & melancholy combination. To put a cherry on top of it frontwoman Pepper Rose’s vocal take on both songs brings a pleasing elixir to the ears.

With that being said, Loudwire is reporting that when somebody from Tool’s camp got wind of the mashup song they were quick to share it on their Instagram page.

This is just the tip of the iceberg as multiple rock & music websites have picked up on Spirit Machine’s mashup & have been giving this Utah band a lot of praise for this release. Check out the song below & let us know what you think!