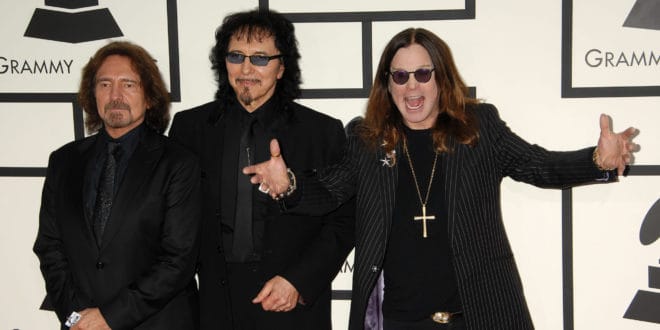 It has been revealed that the Black Sabbath Cover Girl has been found.

The dark mysterious woman on the cover of Black Sabbath’s self-titled debut album has been unknown for quite some time. It has now been revealed that the woman’s name is Louisa Livingstone.

According photographer Keith Macmillan, who was credited as “Keef” in the liner notes, he recruited the then 18 to the 19-year-old model for the shoot because she was short. Livingstone at the time was only five feet tall, which would make everything else in the picture seem bigger.

The photoshoot took place at Mapledurham Watermill in the English county of Oxfordshire. She wore a black cloak with nothing on underneath it. Macmillan said they did try to experiment with some more “slightly risqué shots, but they decided that none of that was really going to work. Mostly because the sexuality of the risqué shots took away from the more foreboding mood.

Macmillan had nothing but praise for Livingstone saying that “she had amazing courage and understood what I was trying to do.”

Livingstone said from what she remembers of the shoot that it was freezing cold and she had to get up at 4 o’clock in the morning. When the dry ice didn’t work like Macmillan had hoped he resorted to using a smoke machine. She said that she was sure Macmillan had told her at the time it was for Black Sabbath, but she didn’t know if that meant much to hear at the time.

Livingstone, who is around 68-69 years old, has been releasing electronic music for the last few years under the name Indreba.

Macmillan on the other hand never really enjoyed that type of heavy rock before, but after working with Black Sabbath & hearing that album he became a fan for life.

While Black Sabbath officially retired, Ozzy will continue to tour this year as long as his health holds up.