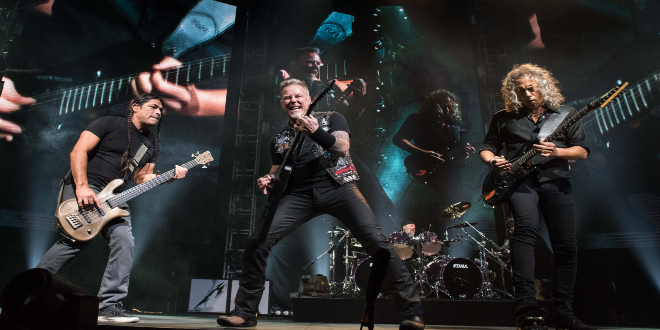 Iconic producer Bob Rock, who worked with Metallica from 1991 through 2003 recently sold his share of the rights to 43 songs including some of their biggest hits.

Rock first worked with the band on their self-titled album (but you call it The Black Album) until 2003’s “St. Anger” sold his share of the song rights to Hipgnosis Songs Fund. If you’re wondering what that is, you can read about it here, but basically they buy the rights to songs and are worth a ton of money.

What does that mean for Metallica? Probably nothing since they didn’t own those shares anyway, but they might not be thrilled about an organization having a cut of some of the biggest albums in their catalogue. Or maybe they’re too busy counting their money to even notice.