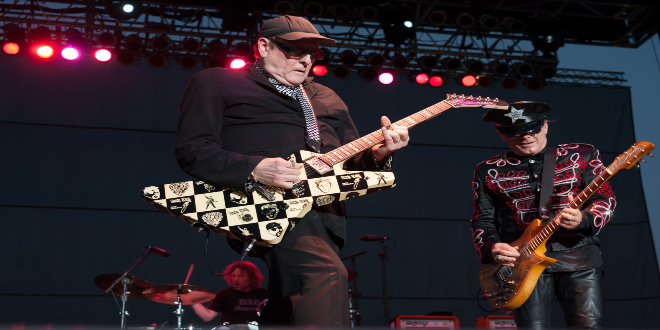 Cheap Trick has released a new song called “Light Up The Fire” and announced their 20th studio album titled “In Another World” will drop on April 9th.

The band, which has managed to hang on to all but one original member (drummer Bun E. Carlos retired in 2010), said the new album will be available digitally, on CD, black vinyl, and a limited edition blue and white splattered vinyl version will be released to independent record stores. There will also be a limited edition picture disc that you will only be able to get at Target. Cheap Trick has always been among the hardest working bands around, so expect a tour to support the new album just as soon as COVID restrictions are relaxed enough to allow concerts. Check out the new song below and if you dig it, pre-order the album to “win a cool item”!