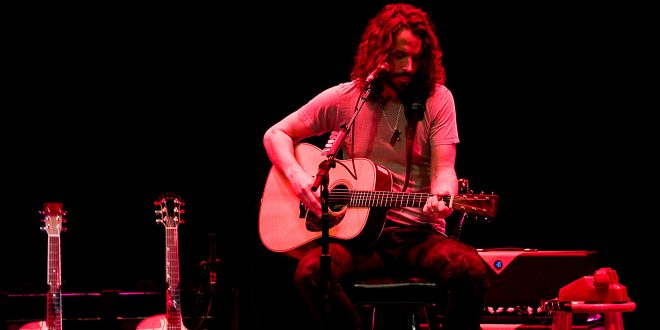 To celebrate what would have been Chris Cornell’s 56th birthday, the Cornell family did a surprise release his haunting and deep cover of Gun N’ Roses’ “Patience”. The cover received instant critical and fan acclaim for Cornell’s darker approach to the song.

A full album of covers produced by Brendan O’Brien was rumored to be finished in 2017 a few months prior to his death.

The following months after Chris Cornell’s passing Guns N’ Roses would regularly cover the Soundgarden song “Black Hole Sun” in their set as a tribute to Cornell.

The original version of “Patience” was featured on the 1988 Guns N’ Roses album ‘GN’R Lies”.

One of Chris’s engineers recently reminded me of Chris’s recordings from sessions in 2016, which he still had….

For more information on The Chris & Vicky Cornell Foundation to help vulnerable kids across the world, you visit the website here.