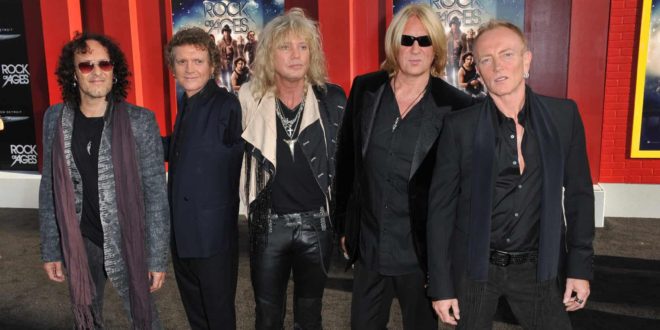 Singer Joe Elliott was executive producer on the set, which will include remasters of ‘On Through The Night’ & ‘High ‘N’ Dry’. The five disc set will also include B-sides, rarities & re-mix versions, Radio One sessions, “Live From Reading” & the first-ever appearance of an unreleased and newly mixed show from Oxford in 1980.

The much sought after Nick Tauber produced version of “Rock Brigade” will be part of this box set as well. Hear the song below.

Elliott has said they listened to fans who wanted this box set to be released. He hopes everybody enjoys listening to it as much as he did putting it all together.

Get the details on how to order here.

Don’t forget Def Leppard with Motley Crue, Poison, & Joan Jett And The Blackhearts are coming to KC and STL this summer!