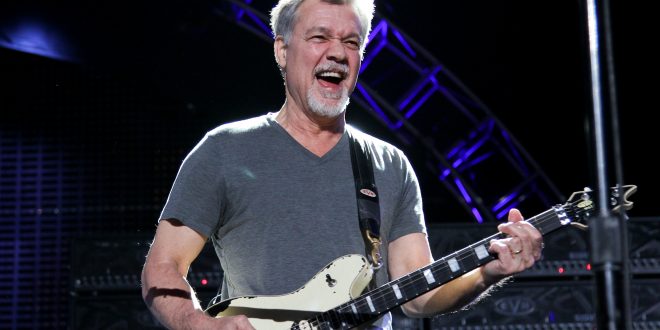 TMZ is reporting that Van Halen guitarist Eddie Van Halen has passed away at the age of 65 from cancer.

TMZ sights that Eddie’s battle with throat cancer has been on-going for the last decade.

In the last 72-hours, Eddie’s health worsened and went downhill rapidly. The doctors at St. Johns Hospital in Santa Monica, CA said the throat cancer had spread to his brain and other organs.

His wife Janie along with his son Wolfgang, and his brother Alex were by his side when he passed away.

He had been going back and forth to the hospital for the past year with intestinal issues, which he went through a round of chemo for.

Last year TMZ reported that he was flying between US and Germany to get radiation treatment for the last five years.

Eddie was a heavy smoker and believed that the throat cancer developed from a metal guitar pick he used to frequently use and hold in his mouth.