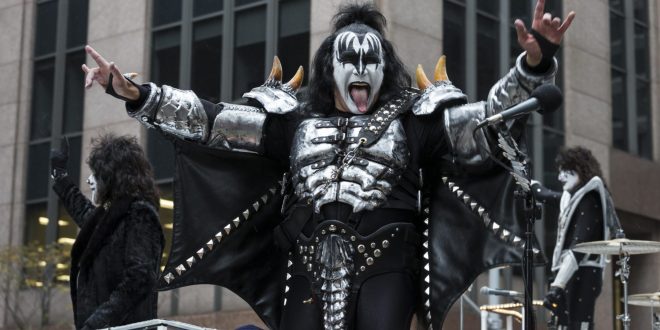 Gene Simmons Not Backing Down From Rock Is Dead Claim

KISS bassist Gene Simmons is continuing to stand behind his claim that “Rock is dead”.

In an interview with Consequence Of Sound, Simmons points out why he thinks rock is dead. In his first point, he notes all the great bands that came into the world between 1958 & 1988. Then he questions after 1988 to today that there are no new bands that have done what The Beatles did when they broke out into the world. He says a lot of people will say Foo Fighters, but Simmons doesn’t agree with that argument.

He then points out at the hip hop and EDM styles of music becoming widely popular, but if you were to put an actual instrument in their hands they wouldn’t know how to play the thing. Then once again points back at The Beatles that nothing compares to them. He does admit that it’s not because there’s a lack of talent out there, but because of the way music is consumed with downloading and streaming it’s killing any chances for the future generations to become the next big thing in rock.

Simmons then goes on to take on the angle of the business model where it doesn’t work the same as it did 30+ years ago. What has worked in the past with new and upcoming bands doesn’t work in the world of music now. The record labels and promotions have really lacked in staying up with the trends and are just now playing catch up with the way things are working for artists now.

He does seem to have hope by encouraging people to go support live music once the vaccine has taken full effect. But he actually discourages going out to see the big bands and instead insists you go to your local bars, pubs, and venues to see the bands that are starting out or need the extra attention and love. Simmons also points out that he or any major band that’s out there are making a living, but if any new bands are ever going to make it they are the ones that need your support.