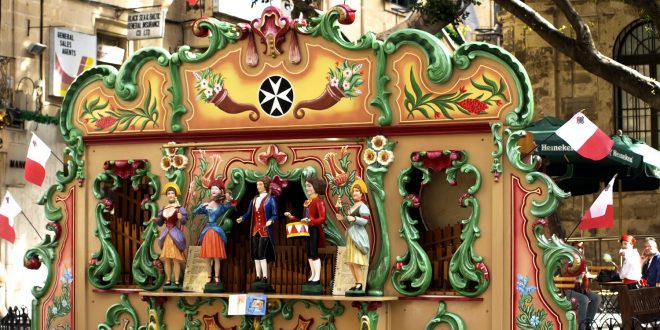 Queen’s music has been covered in numerous styles, but on a circus organ is on a new level.

The circus organ used is a pneumatic organ that was built in 1905 by Charles Marenghi & Cie and runs on a book of perforated cardboard sheets that are fed through the back of the organ, which tells the organ which notes to play and for how long. The organ also has a small percussive section inside of it that adds some rhythm to the ethereal sounds of the pipes.

The organ is from the collection of Bill Nunn at the Skyrock Farm in Minnesota and Alexey Rom arranged this cover of Queen‘s “Bohemian Rhapsody” for this classic organ. The original video was released in 2014 but is making new rounds across the internet for the relaxing and nostalgic feel of the sound of old-time organs. Hear more from Alexey Rom’s YouTube channel.