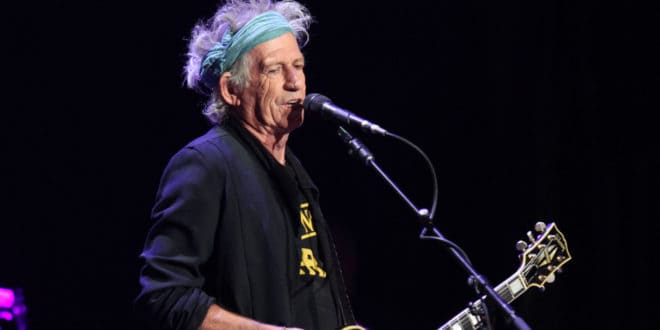 The man often joked about living forever, Keith Richards, is attempting to extend his life even more by quitting smoking.

In a recent radio interview, Keith Richards has quit smoking confirmed that he has quit his long run with cigarettes. Richards says he officially quit all together back in October of 2019. He compared quitting cigarettes as when he quit heroin.

With more touring on the horizon for The Rolling Stones, Richards said his reason behind it was because he wanted the band to stay out on the road as long as possible.

Keith Richards started trying to quit smoking early in 2019. He said quitting heroin was like hell, but it was a short hell. When it came to quitting cigarettes that’s when it was harder because they were always around and he would light one without even thinking about it.

He also admitted that he’s cut significantly back on his drinking too. He doesn’t drink the “hard stuff” now but will have some wine with meals, or a beer or two.

It was just announced that The Rolling Stones will be going back out on tour this year. To hit a string of rescheduled dates that did not happen last year after Mick Jagger had heart surgery. There will be a stop in Missouri at The Dome at America’s Center in St. Louis this June. Get more information on the tour here.

According to the Center for Disease Control and Prevention say tobacco use remains the single largest preventable cause of death and disease in the United States. Cigarette smoking kills more than 480,000 Americans each year. In addition, smoking-related illness in the United States costs more than $300 billion a year, including nearly $170 billion in direct medical care for adults and $156 billion in lost productivity.

If you’re wanting to quit smoking or looking for ways to quit the Center for Disease Control and Prevention has multiple ways to kick the habit. Just visit this link for more information.