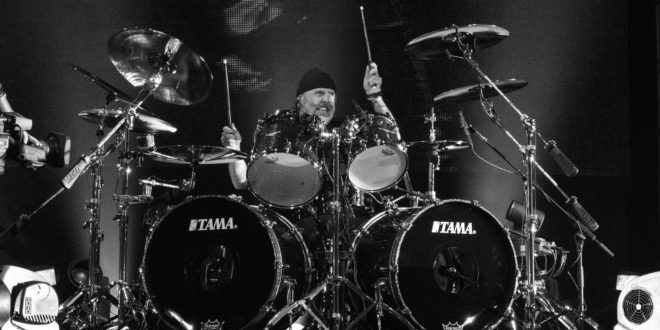 Lars Ulrich’s Son Kills It On The Drums

During a recent interview, Lars Ulrich was asked about playing a song but declined in favor of giving his sons a shot.

That’s when Myles & Layne Ulrich stepped in after locking themselves in a room for 30 minutes to jam on a song. That song ended up being a very experimental and very technical bass & drums version of The Beatles “Eleanor Rigby”.

Both of the sons are currently at home with their Metallica drumming dad while the schools are riding out the coronavirus pandemic. Myles, 21, has spent the last two years in the Berkley School Of Music & Layne, 18, is a freshman at NYU.

Lars went on later with Rolling Stone saying the boys had done him proud.

And don’t miss out on Metallica Mondays where they have been releasing some amazing concerts!