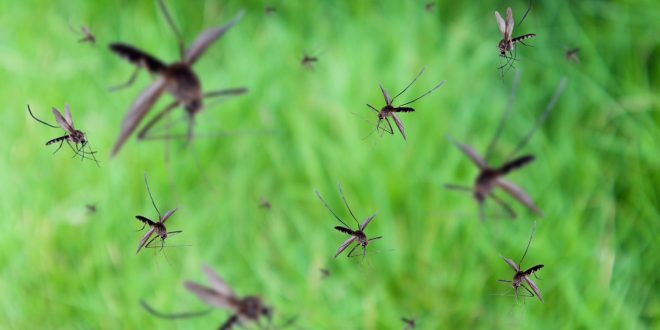 What appeared to look like a tornado in Argentina turned out to be a massive mosquito swarm!

Video hit the web, via the Daily Mail, of people on Route 74 between the General Madariaga Pinamar areas of Argentina from Thursday, February 25th with what they thought was a tornado forming in front of them as they were going down the highway. The tornado-like formation upon closer look was a massive mosquito swarm that towered hundreds of feet in the air in a column.

Insect experts in Argentina revealed that because of the recent heavy rains in the country there are numerous stagnant pools of water because of flooding. This resulted in a lot of female mosquitos laying their eggs in a concentrated area.

The experts did add that this should not pose any major threat to humans, but some potential interference with local farming activities could happen. But overall, people just need to get through about two weeks until the major swarms die out.