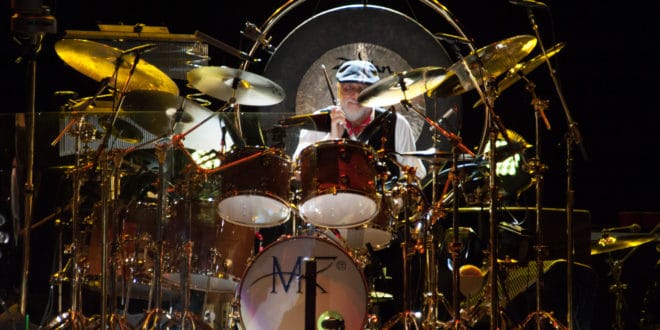 Mick Fleetwood has no idea why so many guitarist have left the band.

In an interview with Rolling Stone, Fleetwood said it was daunting looking back at all the great guitarist that have been in Fleetwood Mac over the years. He insists that him & John McVie just have to find a new guitarist.

Fleetwood is currently getting ready for a Peter Green tribute show in London to showcase the early years of the band. Green was the original guitarist for the band. Fleetwood insists that he didn’t form the band, but Green did and this show will feature some special guests like David Gilmour & Steven Tyler. Green will be in attendance, but will not be performing.