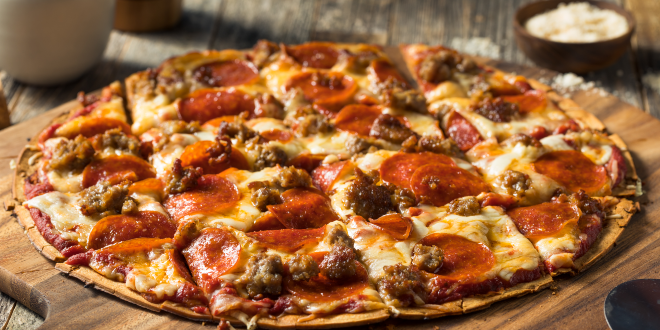 As heard on The Morning Shag with Shags & Trevor, Missouri made the Top 10 States for Pizza list from Food & Wine Magazine!

The Top 10 States for Pizza according to Food & Wine Magazine:

There was a bit of a noteworthy theme in this list. States that had a city known for a specific style of pizza were given more credit.

I’m also of the mind that the top 3 states on this list are all using ‘New York Style” pizza.

In the case of Missouri, ‘St. Louis Style’ pizza gives the whole state the bump it needed to make the list.  Made famous my Imo’s Pizza, St. Louis Style pizza is characterized by it’s thin crust, provel cheese, and square shaped slices.