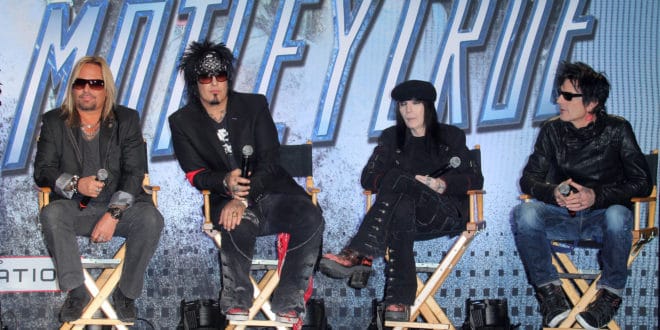 Motley Crue, Def Leppard, & Poison to do Stadium Tour in 2020

Motley Crue lied to us. Is anyone shocked?

Motley Crue made a big to-do about their 2014/ 15 tour being their last. Going as far as to sign a “Cessation of Touring Agreement”. This document signed by each member in front of witnesses meant the band could be subject to lawsuits if they toured again.

Cleverly, the details of this agreement were never made public and the party who would do the ‘suing’ was never announced. So, was it just a publicity stunt?

Classic Rock fans are not new to the idea of a “Final Tour” being just words. That excitement you feel to see one of your favorite bands perform one last time, and to be able to tell all ‘I was there’, only to have a mixed bag of emotions to find out your band is touring again, and you have to buy more tickets to claim your coveted prize.

All of this lamenting to announce that according to Rolling Stone, Motley Crue, Def Leppard, and Poison will be hitting the road together on a stadium tour in 2020.

No scheduled dates to report as of now, but it looks as if it’s happening.

The question now is, do you care that Motley Crue lied. Or perhaps, more importantly, are you surprised?