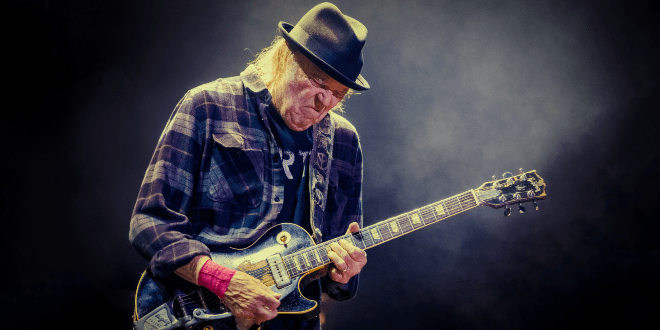 After living in the U.S. off and on since the mid-1960s, Neil Young has now earned the status of ‘American’.

Neil Young and can now ‘Keep on Rockin’ in the Free World’ all he wants!

Born in Canada, Young now has dual citizenship between the two countries. At the age of 74, Young wished to take the citizenship test to be able to participate in American elections.

He was seen coming down the escalator alongside his wife Daryl Hannah at the Convention Center in downtown Los Angeles. In one hand he was holding a folder with his citizenship paperwork,  and in his other hand, he was waving a small American flag.

Young posted on his website “I’m Happy to Report I’m In!!”

So much of Neil Young’s music is politically motivated. If we are being honest were surprised to learn that he wasn’t already a citizen. His music has always seemed to come from his advocacy and beliefs. He’s used his music to express how he’s felt about various political topics.

You can also sign up to be a KCMQ Workforce Member in the upper right corner of the screen.