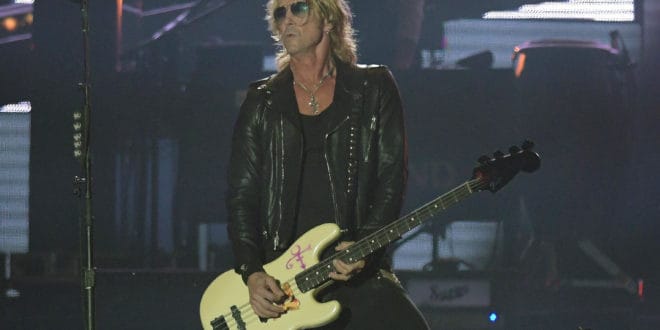 In a new interview with Sex Pistols’ guitarist Steve Jones, Duff McKagan said that during the four day period of working on Ozzy’s new album cloud have gone “sideways in a hot second”.

During the interview, Duff recalls when he got the phone call from a guy named Andrew Watt and was asked if he had any free time to write an Ozzy record. Duff when he showed up to Watt’s studio for the four-day endeavor that Red Hot Chili Peppers drummer Chad Smith’s drums were set up and ready to go. Then it became a thing of “who’s got a riff?”. Although they never wrote together before Duff admitted things could have gone sideways in a hot second, but it didn’t.

Duff said that that one of the reasons it did work is because both he and Smith had previously worked in cover bands together and also had a shared aggressive element in their playing. Duff’s bass tech even reminded them that Ozzy is a big Beatles fan so to keep that mind.