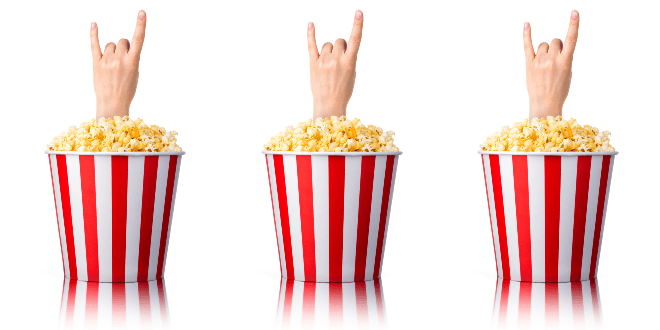 YouTube has some great rock documentaries that you can watch for FREE!

We recently did a story on some of our favorite rock documentaries on Netflix. Now we have found some great rock doc’s on YouTube for your viewing pleasure!

Freddie Mercury: The King of Queen

Renowned as one of the greatest performers of the 20th century Freddie Mercury pushed the boundaries of art and music as he lead his band Queen to international stardom. His limitless vocal power and extravagant performances shocked and wowed audiences around the world but out of the spotlight he was incredibly private. With exclusive interviews and footage we uncover the story of Freddie Mercury and how a shy boy from Zanzibar became one of the most iconic figures in modern history.

Located alongside the Tennessee River, Muscle Shoals, Alabama has helped create some of the most important and resonant songs of all time. Overcoming crushing poverty and staggering tragedies, Rick Hall brought black and white together to create music for the generations. He is responsible for creating the “Muscle Shoals sound” and The Swampers, the house band at FAME Studios that eventually left to start its own successful studio known as Muscle Shoals Sound. Gregg Allman and others bear witness to Muscle Shoals’ magnetism, mystery and why it remains influential today.

Music lovers will be astonished at the influence The Wrecking Crew wielded over rock and pop music in the 1960s and early 1970s. These unsung instrumentalists were the de-facto backing band on hit records by The Beach Boys, Phil Spector, Frank Sinatra, Nancy Sinatra, Sonny & Cher, Elvis, The Monkees and many more. These dedicated musicians brought the flair and musicianship that made the American “West Coast Sound” a dominant cultural force around the world.

Deep in the San Fernando Valley, behind the train tracks and amidst dilapidated warehouses, was rock n’ roll’s best-kept secret. Sound City, America’s greatest unsung recording studio, housed a legendary, one-of-a-kind recording console, and became the birthplace to the seminal albums that defined 20th-century music. Fleetwood Mac, Neil Young, Rick Springfield, Tom Petty, Nirvana, amongst many others, all put magic to tape within these walls. It was Rock n’ Roll hallowed ground. Directed by Dave Grohl (Nirvana, Foo Fighters) and featuring interviews and performances by the iconic musicians who made their careers in the studio, SOUND CITY tells the story of real rock n’ roll history, and celebrates the human element of music, as Grohl gathers some of rock’s greatest artists to collaborate on a new album. Using Sound City’s legendary analog console, together they continue to create musical miracles in a digital world.

George Harrison was an English guitarist, singer, songwriter, and music and film producer who initially achieved international fame as the lead guitarist of the Beatles, but went on to sell millions of critically acclaimed solo records. Harrison was referred to as the quiet one of the Beatles, often in the shadow of John Lennon and Paul McCartney. However, he later acquired the respect of critics worldwide and is now considered to be on the same level – if not surpassing – Lennon and McCartney as a songwriter, a result of creating songs such as ‘Here Comes the Sun’ and ‘While My Guitar Gently Weeps’. Rolling Stone magazine even ranked him number 11 on their list of the “100 Greatest Guitarists of All Time”, and he is a two-time Rock and Roll Hall of Fame inductee. With interviews with George Martin and one of Harrison’s school friends, this documentary will delve into his life – from his rise to fame to his struggles with the law, and finally to his brutal stabbing and tragic struggle with cancer.

Danny Fields has played a pivotal role in music and “culture” of the late 20th century: working for The Doors, Lou Reed, Nico, Judy Collins and managing groundbreaking artists like The Stooges, MC5 and the Ramones. Danny Says follows Fields from Harvard Law dropout, to Andy Warhol’s Silver Factory, to Director of Publicity at Elektra Records, to “punk pioneer” and beyond. Danny’s taste and opinion, once deemed defiant and radical, has turned out to have been prescient.