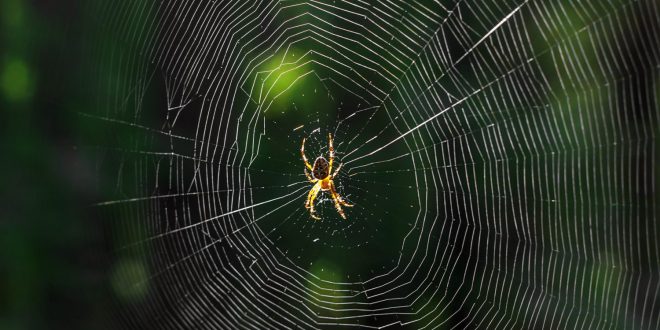 Science has done the work to translate a spider’s web into music.

Scientist Markus Buehler has teamed up with his colleagues at the Massachusetts Institute Of Technology presented their findings of turning a spider’s web into music at the American Chemical Society’s spring meetings this year.

In an article at Phys.org from April 12, Buehler said “The spider lives in an environment of vibrating strings. They don’t see very well, so they sense their world through vibrations, which have different frequencies.”

To capture this “music” they first 2D mapped a spider web’s cross-sections, then used computer programs to construct a 3D rendering of it. They then assigned different frequencies of sound to the different strings of the spider web. Buehler then played the spider web like a harp to hear the sounds.

After their discovery of the sound a spider web could make, they are now working on making synthetic signals to find a way to speak the language of the spider.