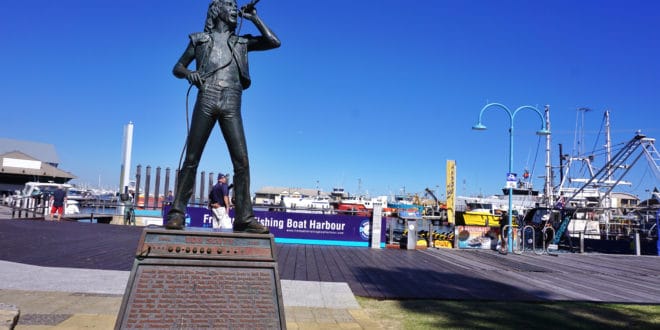 Bon Scott, the original singer for AC/DC, fronted a band called Fraternity for four years before joining AC/DC. A box set of songs from his Fraternity days, including songs that were never released, will drop later this month.

The box set will include 45 songs, live tracks, unseen band photos, and a recording of a performance that won Fraternity the title of “Australia’s No. 1 Band.” Men At Work still haven’t gotten over coming in second.