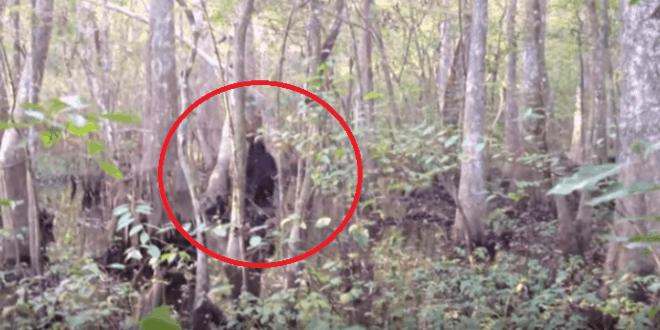 Josh Highcliff came across the “creature” in 2013 while he was out hunting and decided to start filming before it spotted him.

Josh explained: “There was this huge black thing crouched by a dead cypress about 50 yards away, I thought it was a hog but saw these big shoulders and a head upright with hands. “It looked like it was digging out the stump. When it stood up I could not control myself and ran. “That stump was huge and I’d guess the sucker was 7feet tall.”