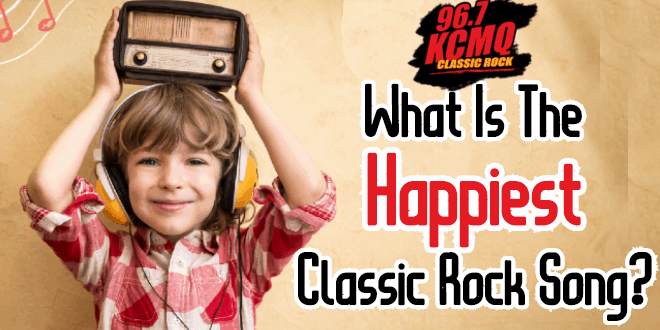 What is the Happiest Song in Classic Rock?

Classic Rock songs score highly in most survey’s asking for the ‘Happiest Song’. We asked you what you thought the happiest song in classic rock is, and this is what you said.

Several surveys and studies have found that Classic Rock hosts some of the happiest songs ever made. And that listening to music you love can increase your mood dramatically!

According to a survey conducted by The Morning Shag of KCMQ listeners, these are the Top 5 happiest songs in classic rock:

2. Lookin’ Out My Back Door – Creedence Clearwater Revival

Other songs that were mentioned in our survey included:

Don’t see your pick for ‘Happiest Classic Rock Song’? Share it with us on our Facebook page.