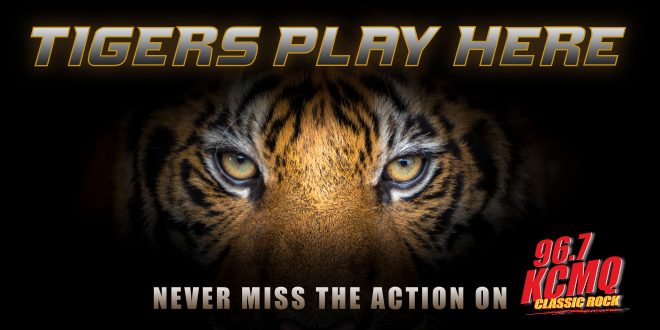 96.7 KCMQ is your radio home for Mizzou Tiger Football & Men’s Basketball in Mid-Missouri!

Every play, every game, every win!

We broadcast each game including pre-game & post-game!

Plus listen to Tiger Talk to get the inside scoop from The Voice of the Tigers Mike Kelly, coaches, and players!